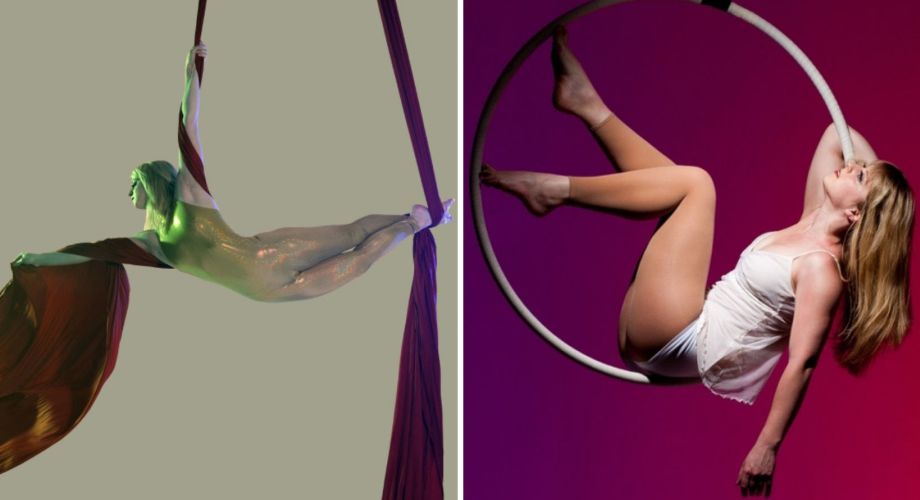 When she was 10, Nicole Pearson learned to juggle for a school play. Fast-forward 20 years and she was performing in front of 20,000 people with Cirque du Soleil.

Nicky has toured all over the world and we’re delighted to welcome her as a guest trainer at Up Side Down Circus, sharing her skills on aerial hoop and silks.

“I enjoy passing circus on to other people because it’s the thing I love most in the world,” she said.

Nicky, from Bristol, was fascinated by gymnastics from an early age - without even realising it.

“I was always one of those kids who tried to do splits and flips in the playground,” she laughed. “Even though I had no idea what I was doing and kept landing on my head!

Four years later, Nicky saw an advert in a magazine for a circus school in Bristol called Circus Maniacs and applied for a place.

“I took myself along for an audition and that was that,” she recalled. 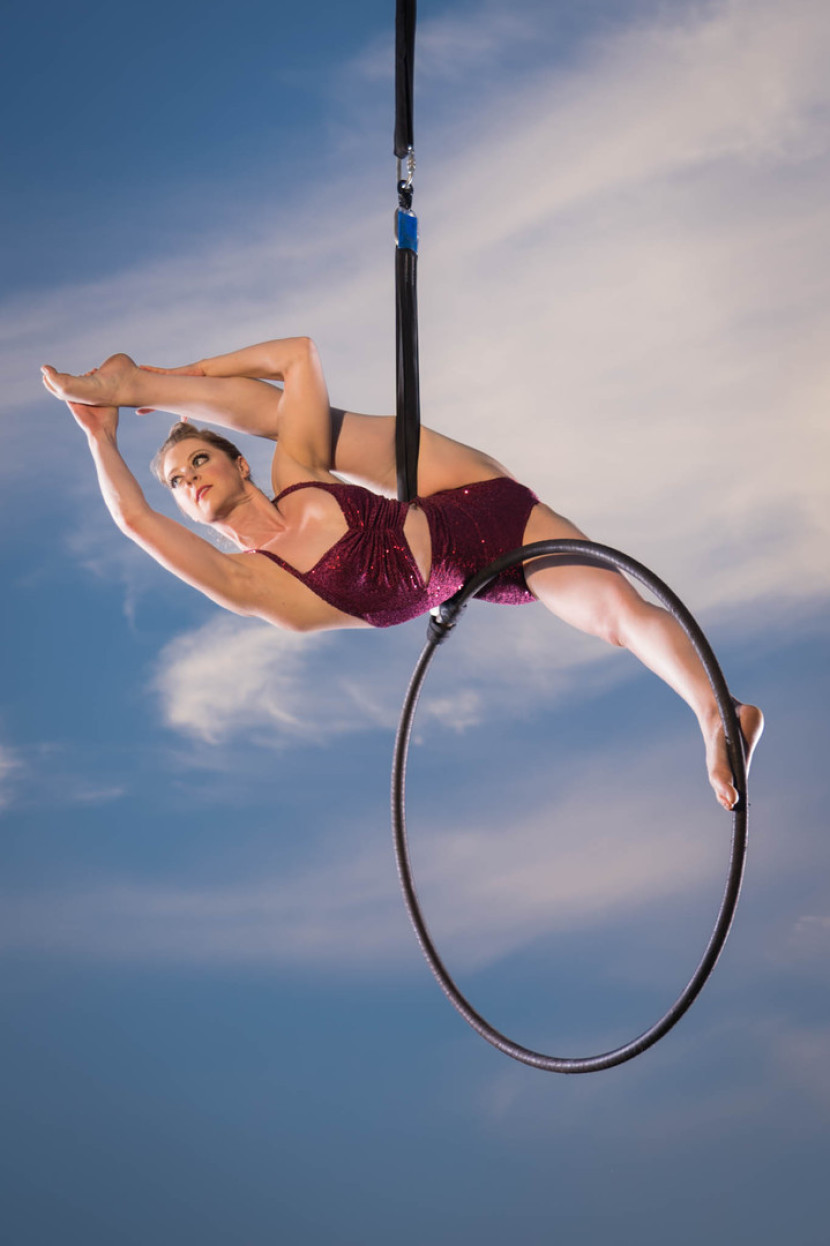 The first circus performances she remembers seeing are The Millennium Dome Show in London and La Nouba by Cirque du Soleil.

She went on to train at the École Nationale de Cirque in Montreal, Canada, specialising in corde lisse.

Nicky has been working as a circus artist for more than two decades. She has performed on five continents, alongside stars like Elton John, Prince and Seal.

She has performed with Cirque du Soleil, at the Royal Variety Show and the Princess Diana Memorial Concert, as well as for royal families in the UK, Belgium, Malaysia and the United Arab Emirates.

Down-to-earth Nicky said performing for royal families is “no different to any other audience”, adding: “I get more nervous performing for people I know and for other circus artists.”

The 37-year-old has appeared at festivals, including Glastonbury, and on cruise ships, as well as in traditional circuses, like the Zoppé Italian Family Circus.

In September 2016, she was in City of the Unexpected in Cardiff, celebrating 100 years since author Roald Dahl’s birth. Nicky was James, under the giant, flying peach.

She toured Japan with Cirque du Soleil’s Ovo – a show inspired by the world of insects – performing as a butterfly on duo aerial rope and a cocoon on solo silks. 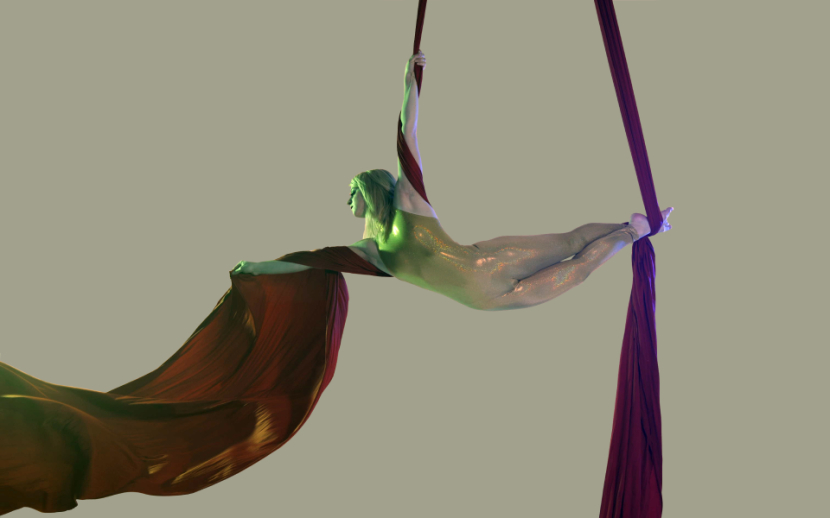 She most recently worked with Cirque du Soleil on Axel, an ice skating arena-touring production. Her acts were on vertical chains and bungee trapeze on skates, as well as solo aerial hoop.

Her favourite thing about touring with Cirque du Soleil was the sense of community, while she found working in three shows a day the most challenging aspect.

“I loved that we were a big family who lived and worked and toured together,” she said. “I miss them very much. The show was a lot of fun, but it was the people who made it special.

“Three show days were always challenging, as my role had me doing two full-length acts, plus two dance numbers and some cues. It was a lot to do three times.”

Over the years, Nicky has trained many different disciplines, from aerial hoop to corde lisse, dance trapeze to silks, spinning web to straps.

“I’m not good at sitting around and doing nothing,” she said, reflecting on the challenges of lockdown during 2020.

“The pandemic was an exercise in patience and restraint, but there's only so much Animal Crossing one person can take!” 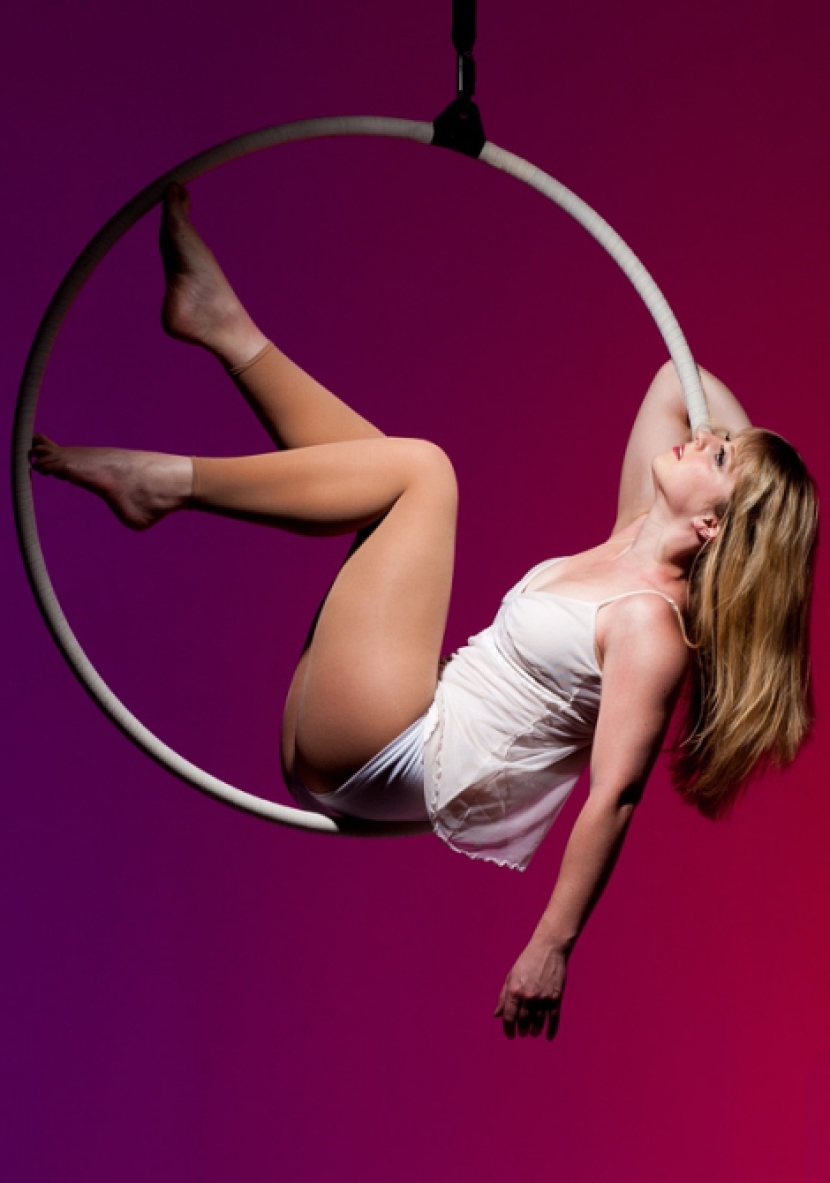 Nicky was working in France, just before the country went into lockdown, and managed to do some shows in the UK between summer and winter lockdowns. Following a quiet spell, she decided to set up some classes.

“Since then I’ve been mainly teaching,” she said. “And taking any performance work that has come in. It's starting to pick up, so I’m hopeful. I’m very happy to see the performing world starting to open up again.”

Nicky started teaching at Up Side Down Circus in September. She said: “I’m having a lot of fun - everyone is so friendly and up for trying anything I throw at them.”