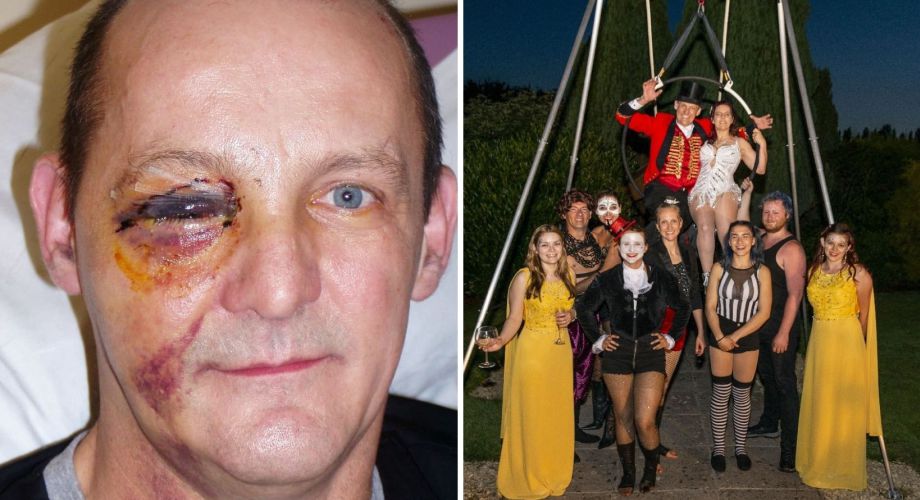 Chris Collins and his family have spent the last eight years rebuilding their lives after he was attacked while walking home from a New Year party.

Chris and his wife Jayne, plus their daughters Bethan and Tia, say circus helped with their mental and physical wellbeing following the unprovoked assault which left Chris with life-changing injuries.

“The NHS put me back together, but it was circus and circus people who gave me my life back,” said Chris, who works as a mechanical engineer.

The attack happened in the early hours of New Year’s Day 2014 on Stow Hill in Newport as Chris, then 54, was walking home. The assault left him with a shattered eye socket, ruptured eyeball, broken cheekbone and broken nose. 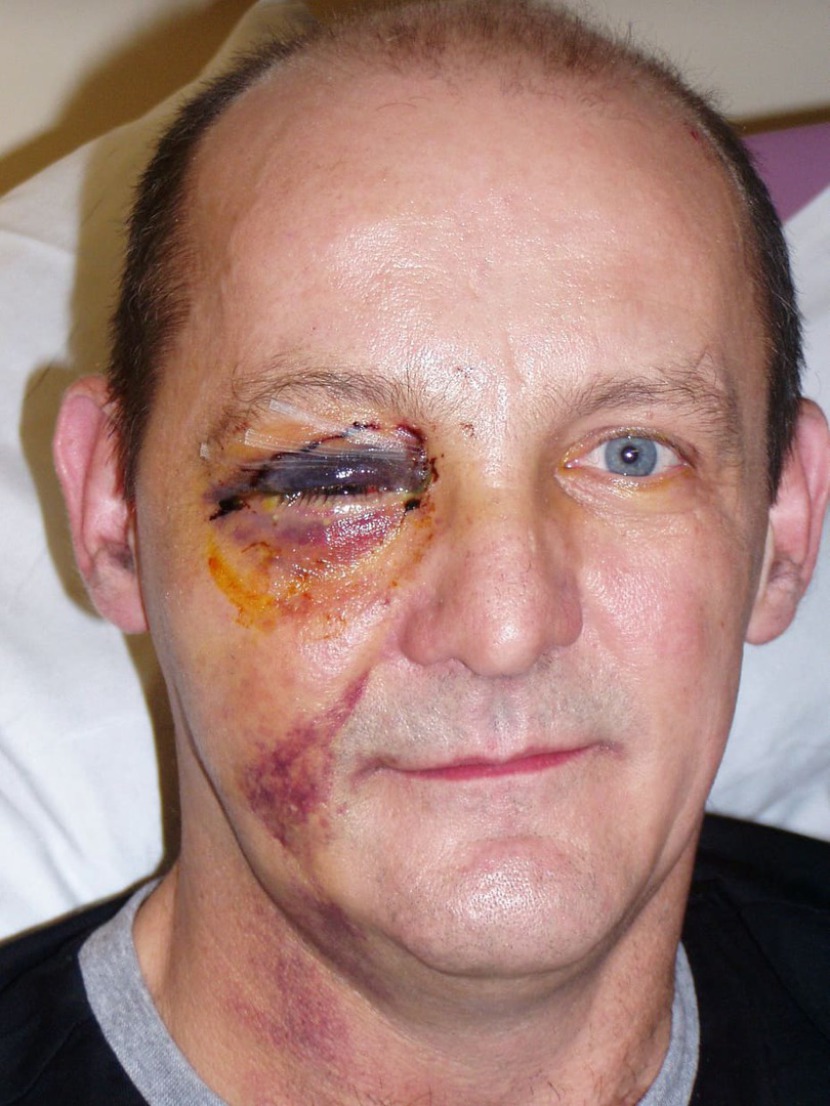 During his first operation, surgeons reset Chris’ nose and used three titanium plates to rebuild his face. Two days later, he had a second operation to remove his damaged right eye.

Chris was determined to move on, but he found everyday tasks – like shaving – became a struggle.

He said: “Things I found easy before were totally different. I needed more light and my left eye was getting tired quickly.”

Chris had represented Wales in archery, but had to attempt to shoot an arrow left-handed, using his left eye, following the attack. He was not able to continue.

He felt uncomfortable leaving the house and was diagnosed with post-traumatic stress disorder (PTSD) and severe depression. Jayne, a teaching assistant, was also affected by anxiety.

Despite everything, the family were determined to rebuild their lives. Chris was fitted with a prosthetic eye at Rookwood Hospital, which he said helped his confidence.

He had counselling sessions and was prescribed anti-depressants. After several months, he was able to drive again and return to work.

Jayne, Bethan and Tia discovered Up Side Down Circus in Cardiff after watching The Greatest Showman in 2018. Although he was initially reluctant, they managed to persuade Chris to try a class. 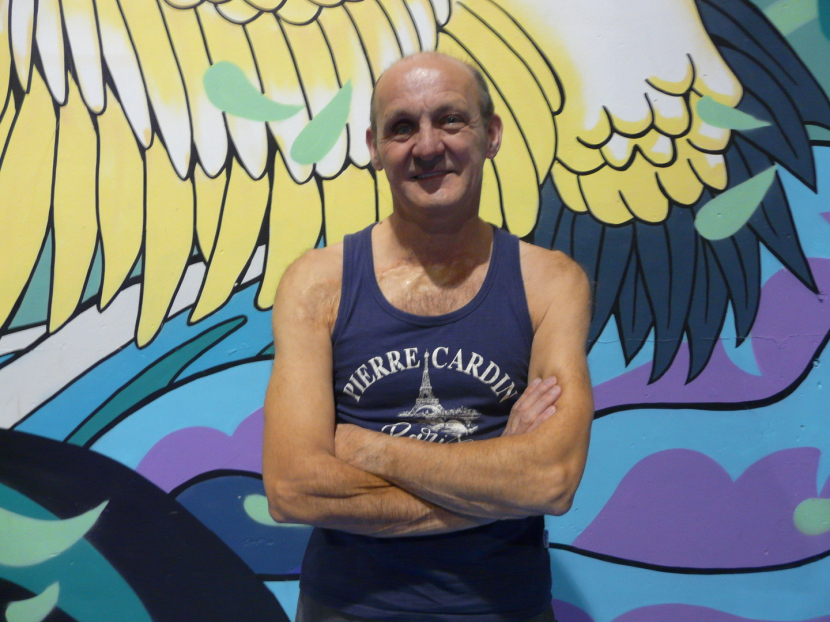 Chris at Up Side Down Circus

“Before we came to Up Side Down, I was pretty close to rock bottom,” said Chris, now 62.

Jayne - who is terrified of heights - learned juggling, tightwire and stilt walking, while her husband became hooked on flying trapeze.

“The adrenaline rush combined with the awesome camaraderie of circus have made a huge difference to my life,” he said. “I’m more confident and fitter than I’ve ever been.”

In July 2019, the couple celebrated their 30th wedding anniversary with a circus-themed party. Their outfits were inspired by The Greatest Showman and they had aerial and fire performances. 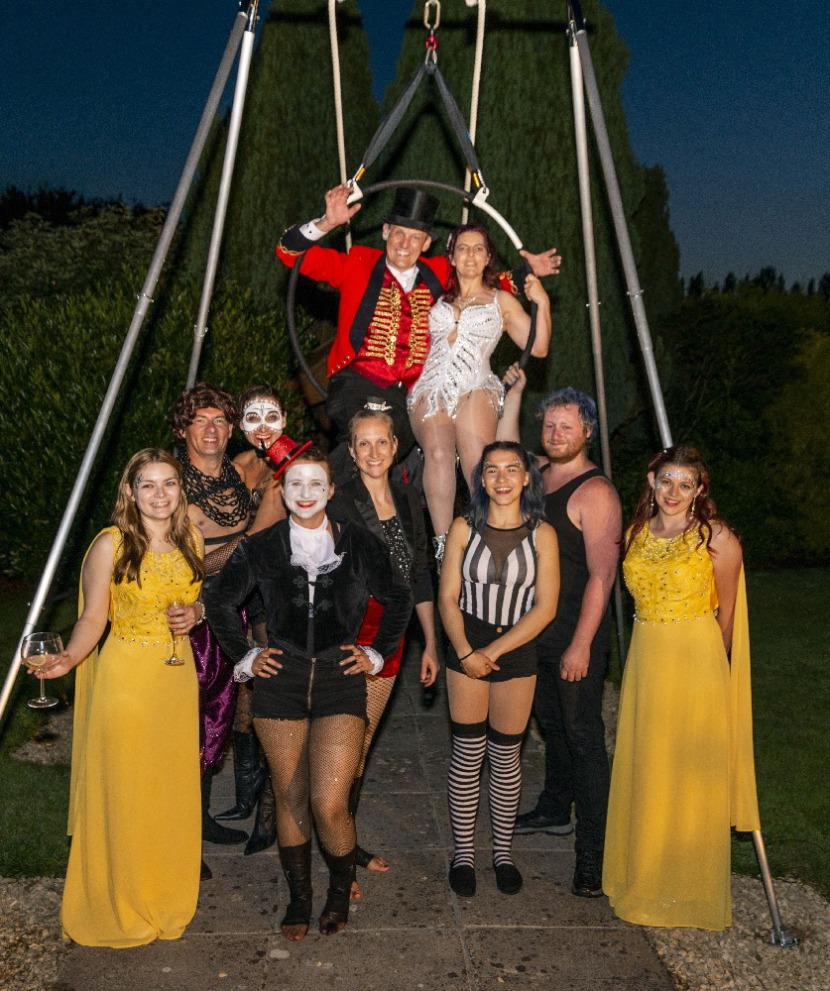 Chris and Jayne's 30th wedding anniversary. Chris and Jayne Collins on aerial hoop with their daughters Bethan and Tia (in yellow), plus Martin Williams, Zoe Andrews, Paula Renzel, Sam Smart, Kaiya Thomas and Chris Moore, from Up Side Down Circus

Three months later, they performed for the first time at a community show at Up Side Down Circus, with Jayne facing her fear of heights to perform alongside Chris on the flying trapeze.

Chris said: “In our family, we refer to it as circus therapy. The NHS put me back together, circus gave me back my life. Anti-depressants are now a thing of the past – I no longer need them.”

They struggled during lockdown when they weren’t able to train, although online fitness classes with Up Side Down Circus’ co-founder Chris Moore helped them to cope.

During that time, Jayne completed a course in Holistic Circus Therapy, run by an occupational therapist. 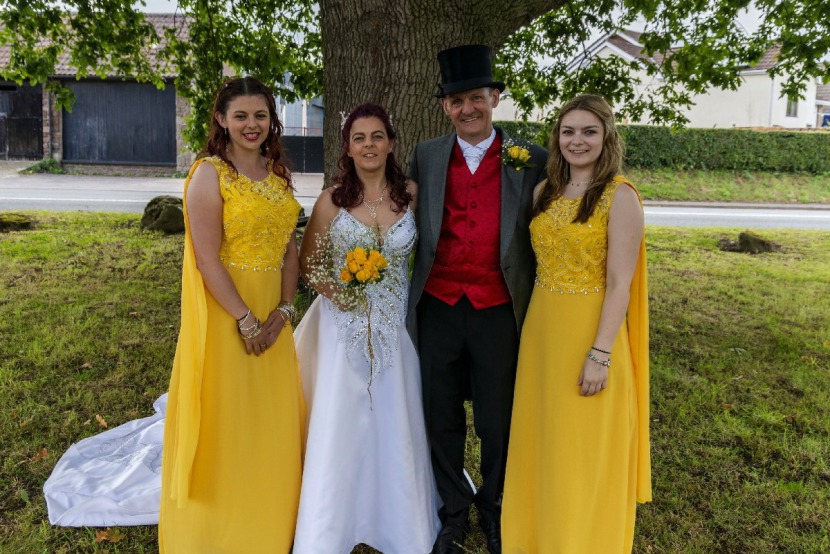 Tia, Jayne, Chris and Bethan at the anniversary party

They established Circus of Positivity in Newport, a not-for-profit group which works with vulnerable adults and children to promote physical and mental wellbeing through circus.

The couple also help out with the beginners’ class at Up Side Down, helping other people to face their fears and learn something new. 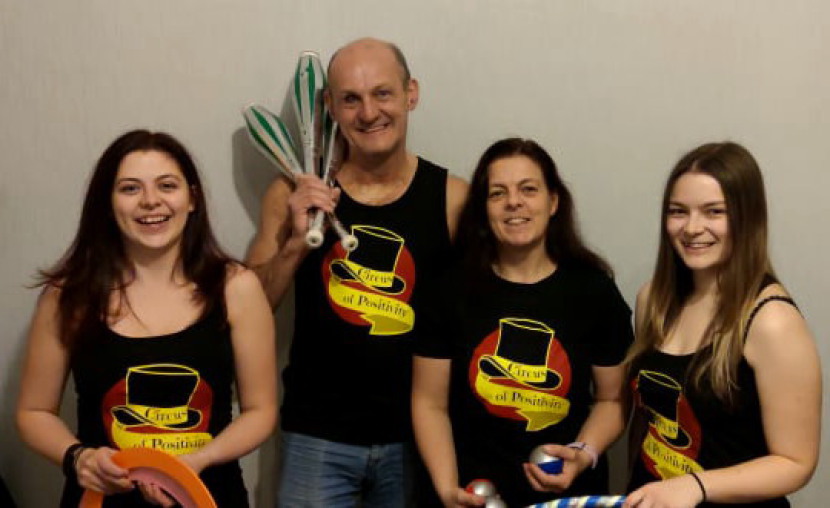 They established Circus of Positivity in Newport

Bethan, 26, a charity research officer, said: “I can see a massive difference in my mum and dad. Circus has changed everything.”

Chris Moore, co-founder of Up Side Down Circus, said: “Chris and Jayne are absolutely inspirational people. They’re both brave, positive and determined. It’s been a pleasure getting to know them over the last few years and watching their confidence and fitness continue to grow.”