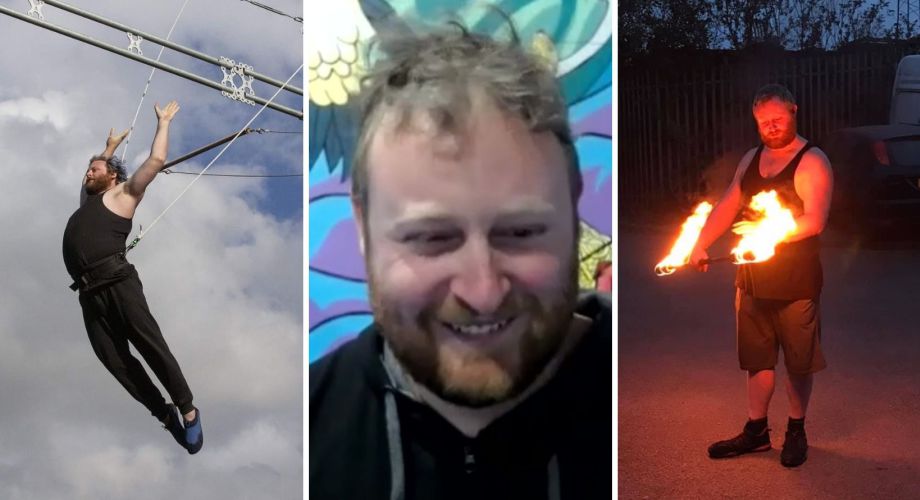 'Circus was the first place I felt comfortable' - we talk autism, Batman and flying trapeze with co-founder Chris Moore

After trying school choir, debating club and martial arts as a child, Chris Moore went to youth circus and finally felt like he fitted in.

Following his dyslexia and dyspraxia diagnosis at primary school, Chris also struggled with suspected autism and attention deficit hyperactivity disorder (ADHD), but felt happy and accepted when he found circus.

“Circus was the first place I felt at home, relaxed and comfortable,” said Chris, who went on to co-found Up Side Down Circus in 2017.

Chris grew up in Cardiff and went to St Philip Evans Primary School in Llanedeyrn, then Corpus Christi Catholic High School in Lisvane.

“I wanted to learn, but I didn’t understand people at times,” he explained. 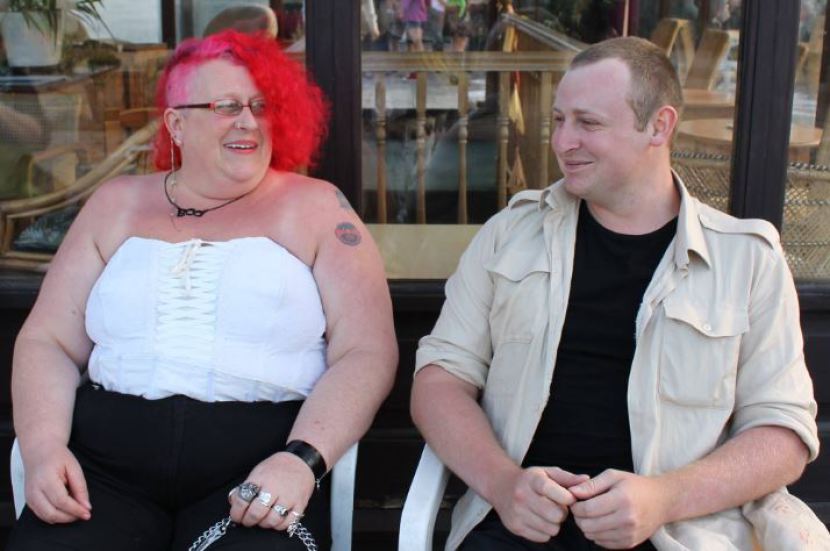 Chris, 29, from Newport, is a self-confessed “comic geek”. He said his early interest in circus was confined to Nightwing – a character in Batman who was a flying trapeze artist.

His first memory of going to the circus was seeing La Nouba by Cirque du Soleil in Florida, in the USA, when he was about nine.

“It’s still one of my favourite shows. I loved everything about it,” he recalled.

He also has fond memories of going to see ImMortal by NoFit State in 2007 and being captivated by “everyone flying around”.

Chris says it was chance that led him to his career in circus. He was due to be completing a work experience placement with the police, but his details were swapped with another Chris. 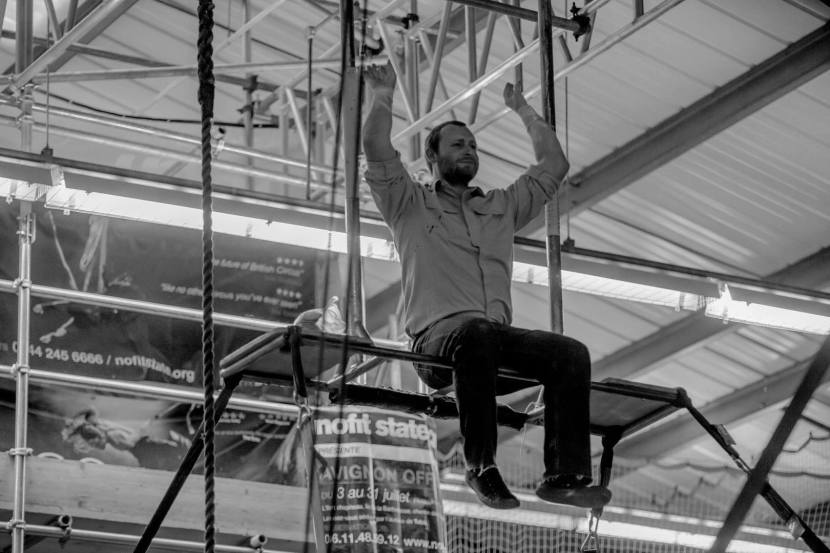 “It sort of changed everything,” he laughed.

It was in 2008 that Chris went to a youth circus summer course and, after struggling for years with the social side of school, he finally felt like he belonged.

“That first session just felt right,” he said. “My personality really changed. I started to open up. I became more comfortable talking to people and going out.”

Chris said his family struggled to afford youth circus, but Ali Williams - a founding member of NoFit State - recognised his potential and gave him the opportunity to continue.

“Without Ali’s help and support, I wouldn’t have continued with circus,” he said. “She helped me a lot and I appreciate it so much.” 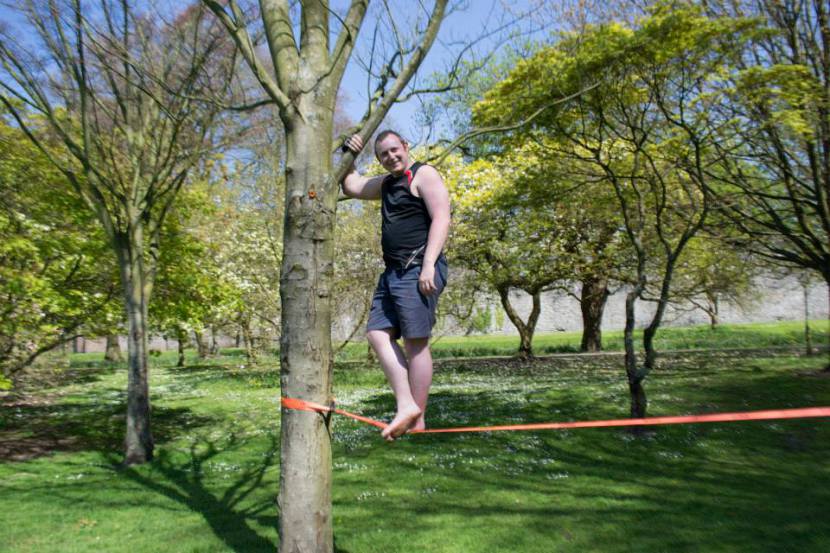 His initial interests included rope, trapeze, acrobalance and later Chinese pole. He was also keen to learn rigging and safety and joined NoFit State on tour, which he said improved his confidence and helped him to trust people.

In 2009 and 2010, Chris worked on Parklife – a touring show that brought an impressive aerial playground to the public. Two years later, he joined Barricade - a show about the human effort required to overcome walls, barriers and defences. Then in 2014 and 2015, he worked on Open House – an immersive, large-scale circus theatre installation.

Reflecting on his time on tour, Chris said it was hard to pick a favourite moment, but he loved the whole lifestyle and close community that developed from 50 people living and working together.

“I loved life on the road,” he said. “You wake up somewhere different every day and the group that you’re living with become your family.”

After studying at St David's Catholic Sixth Form College in Cardiff, he was interested in studying marine biology and oceanography at Bangor University. 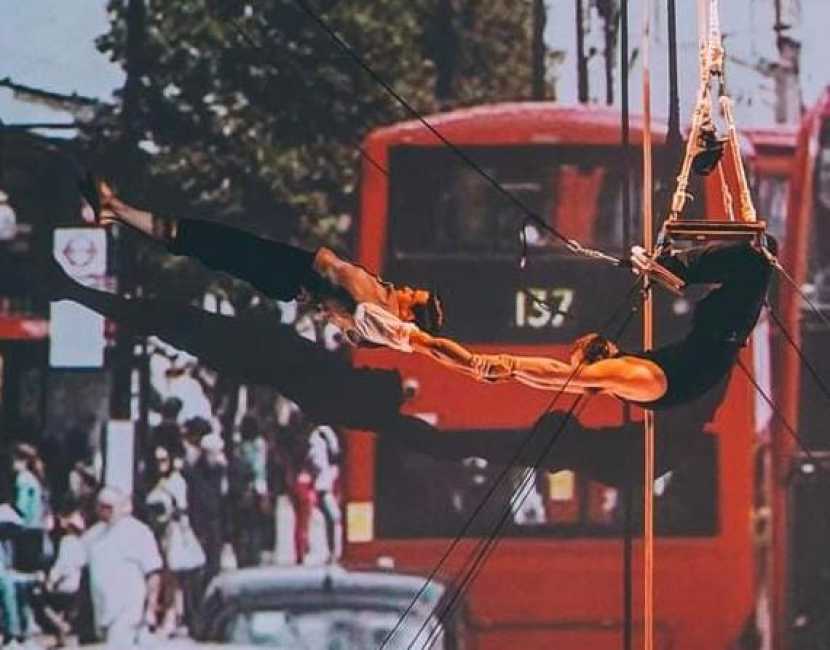 Chris performed with Renato Dias in a show called Soho at the National Centre for Circus Arts. Credit: Kris Kashtanova

Instead, his love of circus led him to study at the National Centre for Circus Arts in London, focusing on aerial cradle – a specialism suggested by performer and trainer Adie Delaney.

His autism diagnosis was confirmed at university and Chris believes circus has helped him in everyday life, especially when it comes to interacting with people.

Although ever-supportive, Chris’ mum Sarah can’t watch him perform, as she is terrified of heights – like the rest of his close family!

When he was younger, ADHD meant Chris struggled with organisation and time management, but those are skills he now uses every day at Up Side Down Circus. 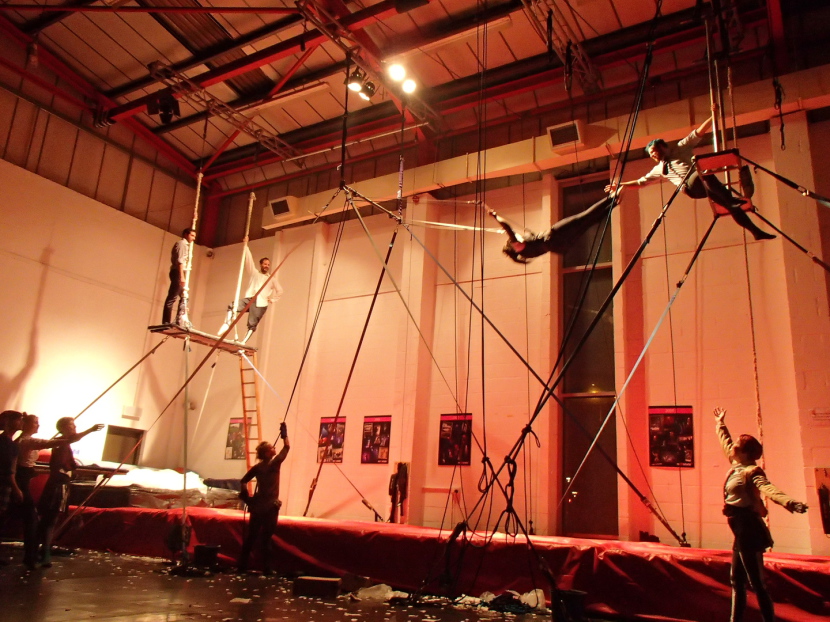 Chris in Journeys at NoFit State in 2015. Credit: Liz Day

He also believes circus helped him to control feelings of restlessness, impatience and impulsiveness he felt as a child and teenager, as well as helping him through periods of anxiety and depression.

“You can talk openly about things like that within the circus community and no one will judge you,” he said.

Chris met Tammi Brown at NoFit State and got involved with “Scratch This” scratch nights at Cardiff Speaker Hire. They started talking about the idea of setting up their own training space.

Up Side Down Circus opened in Unit Two of the Cave Venture Workshops on Tremorfa Industrial Estate in October 2017.

“We felt like there was a need for more community circus in Cardiff,” he said. “We wanted to create a training space that was friendly, inclusive and welcoming.” 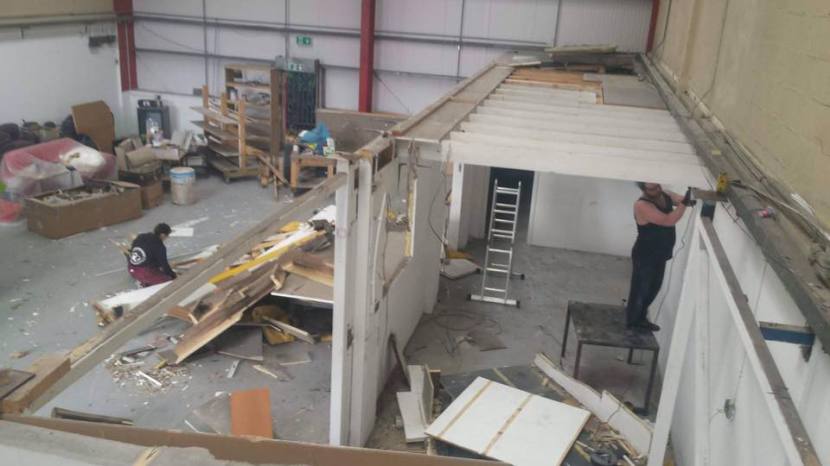 Chris believes that circus creates particularly close friendships and is grateful to the community members – Martin Williams in particular – who are supporting him through current health problems.

Although he has not been diagnosed, Chris is being tested for homozygous familial hypercholesterolaemia – a genetic condition, which causes very high levels of cholesterol in the blood.

But determined Chris is taking each day as it comes, supported by family and friends, and is looking forward to taking circus performances to festivals across the country this summer.

“I’ve missed being out and about,” said Chris, who struggled with lockdown after spending much of his teens and early-20s on tour. “I’m really looking forward to it.”

Chris is the co-founder of Up Side Down Circus and teaches classes including flying trapeze, Chinese pole and ground skills. For more information, visit our classes page.